42 Years of Service and Dedication 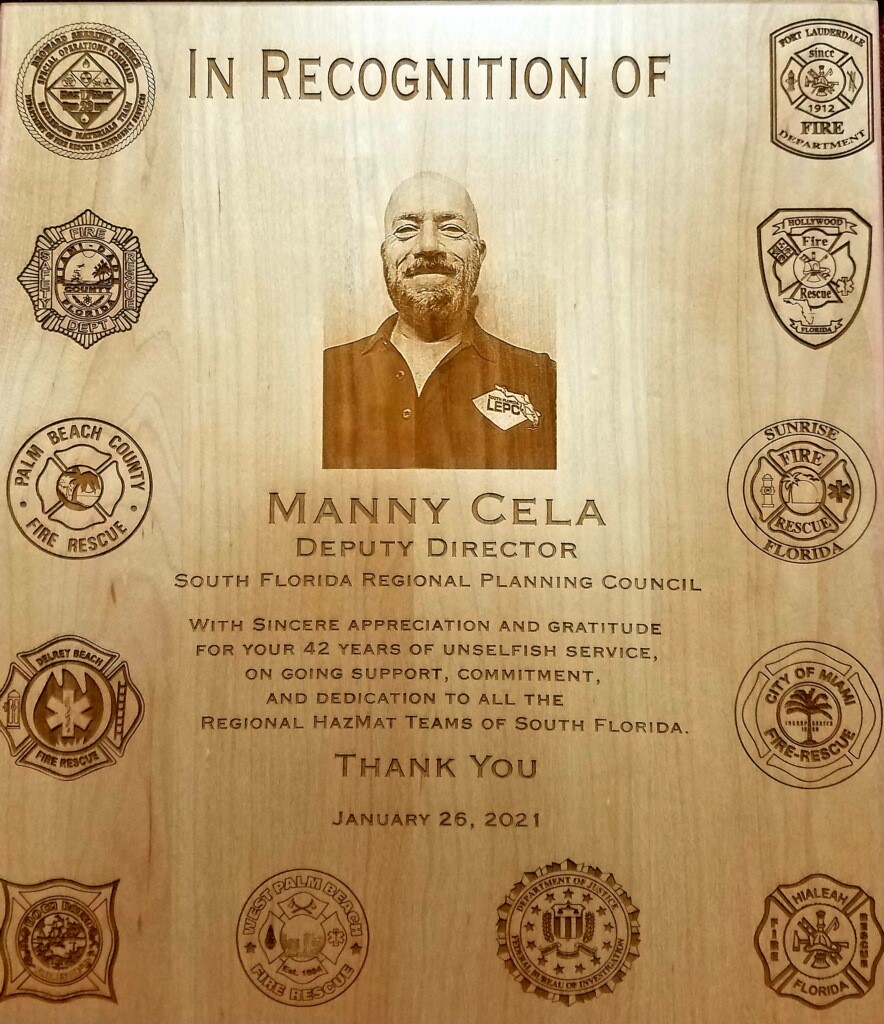 Mr. Manny Cela has worn many hats during his time with the South Florida Regional Planning Council. He never intended to stay this long, but as time evolved, his abilities became vital in many areas to keep the Council changing with the times.

He started as a Computer Programmer, moving to Systems Analyst and Systems Administrator.  Along came personal computers, and that changed everything.  New hardware, new software, Windows 1.0 and the Mac. The PC’s grew into a network, which needed a Manager.  Then came bulletin boards and the Internet.  Someone needed to develop and manage the website, so he then added Webmaster to his resume.  Maps then grew into a science, and ESRI rode the GIS bandwagon to the top, so he then served as GIS Manager for a decade.

While working late one Friday night, the then Executive Director came looking for someone to work domestic security, and he became the Liaison to the Southeast Regional Domestic Security Task Force (RDSTF), adding LEPC Coordinator to his responsibilities. About 5 years ago, his then officemate was promoted to Executive Director,  and asked him to be her Deputy.  The rest is history.

Thank you for your service, Manny! You are leaving a wonderful legacy and will be greatly missed! Enjoy your retirement!