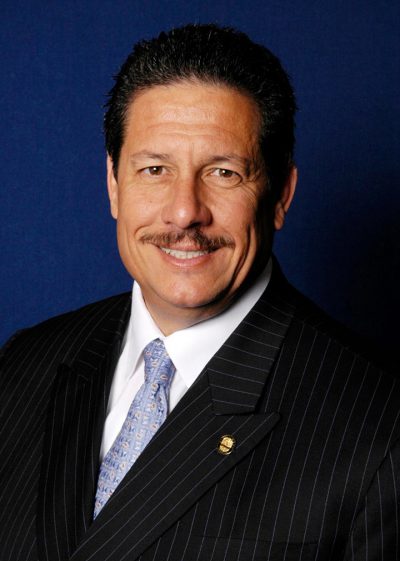 Commissioner Jose “Pepe” Diaz serves as the Commissioner for District 12, which includes the cities of Doral, Hialeah, Hialeah Gardens, Medley, Sweetwater, Virginia Gardens, and a large portion of unincorporated Miami-Dade County. He was first elected as commissioner in September 2002 and re-elected to a fourth term in 2014. He also served as the Vice-Chairman of the Miami-Dade Board of County Commissioners from 2009-2010.

On the international level, Commissioner Diaz also serves as Chairman of the International Trade Consortium Board and is an advocate for trade and forging partnerships with other nations. In March 2010, Commissioner Diaz was appointed by U.S. Trade Representative Ron Kirk to serve on the Intergovernmental Policy Advisory Committee on Trade (IGPAC), and has been reappointed twice. His current term runs until April 2018. In this capacity, Commissioner Diaz is one of several committee members chosen to advise, consult with, and make recommendations to the U.S. Trade Representative and the president’s administration from the perspective of local governments. He also served as Chairman of the Jay Malina International Trade Consortium (ITC) until January 2006. During his tenure, he was instrumental in making profitable connections for businesses on behalf of Miami-Dade County with the Caribbean and Latin America.  He toured several Asian cities in 2005 (Tianjin, Hong Kong and Shanghai), met with government officials and business organizations to promote trade partnerships, and participated in a ceremony to mark a joint venture between Florida International University and Tianjin University of Commerce. The commissioner and the Asian delegation also secured a cooperative agreement for the County with Tianjin’s Municipal People’s Government.

Commissioner Diaz is a strong supporter of the elderly and the military. He spearheaded the “Seniors Never Alone” program, which ensures that enrolled seniors receive a call at least twice a week. The program is operated by the Switchboard of Miami, Inc. and each reassurance specialist engages seniors in conversation, providing emergency assistance if necessary. The commissioner also served on the Greater Miami Chamber of Commerce’s Military Affairs Committee. He strongly advocated for the USS Gridley, which became the first Navy warship to be commissioned in Miami on February 10, 2007. He also organized Miami-Dade’s historic Golden Veterans Parade and 50th Anniversary Commemoration on Nov. 8, 2013 to give Vietnam veterans the long-overdue proper homecoming they deserved.

Commissioner Jose “Pepe” Diaz is married and has three daughters. He was born in Pinar del Rio, Cuba and has lived in Sweetwater, Fla., for more than 30 years. In 1979, Commissioner Diaz enlisted in the U.S. Marine Corps and was honorably discharged in December 1984.  In 1986, he began his career in public service as Chairman of the City of Sweetwater Police Retirement Trust Fund Board. For the next seven years, he served on the City of Sweetwater Commission and was elected Mayor of Sweetwater in May 1999.