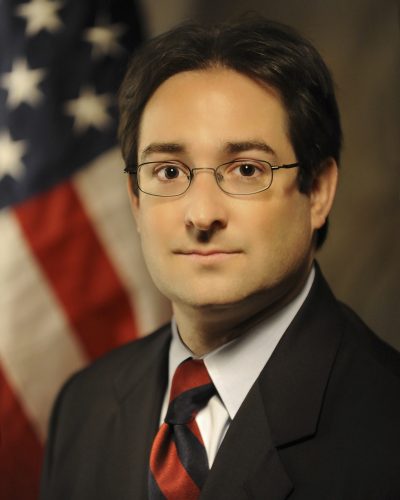 Jordan W. Leonard, a third-generation resident of Bay Harbor Islands, has served on the Town Council since 2008, having been re-elected four times. Previously selected by his colleagues to serve as Mayor and Vice Mayor for three one-year terms each, Leonard is currently a Council Member, Vice Chair of the Town’s Litigation Committee and Member of the Florida League of Cities Municipal Administration Policy Committee. He has previously served in several positions, including as a Board Member of the Florida League of Cities, on the County Board of Rules and Appeals and as the Chair of the Town’s Parks and Recreation Committee and Charter and Ordinance Committee. Council Member Leonard is currently serving his seventh and final year on the Executive Board of the Miami-Dade County League of Cities as Immediate Past President and is a Member of the South Florida Regional Planning Council.

Professionally, Leonard has also served in several administrative posts, including in Miami-Dade County working in economic policy, as a Legislative Aide in the Florida House of Representatives, and in executive posts such as Assistant City Manager, Village Clerk, and Executive Director of a CRA. He is currently a small business owner in the field of pediatric healthcare.

On several occasions Council Member Leonard has been recognized for his contributions to the community, including being awarded a Certificate by the Miami-Dade County Commission for his work on the half-penny referendum, three times being awarded the Home Rule Hero award by the Florida League of Cities, the President’s Distinguished Board Member Award by the Miami-Dade County League of Cities and as a Champion of Equality by SAVE.

Council Member Leonard is married to the former Meytal Ben-Rose and they have three children, Josh, Bella and Max.